90% of Americans have prayed for healing, study finds

(CNN)When Americans experience health problems, they don't just rely on doctors and medications. A new study found that most Americans have turned to prayer to heal themselves and others.

The study found that about nine out of 10 Americans have relied on healing prayer at some point in their lives, with most of them praying for other people's health and well-being more than their own.
"It was very surprising," said the study's author, Jeff Levin, professor of epidemiology and population health at Baylor University. "I was expecting that some proportion of the population would be involved in this, but I wasn't expecting the numbers to be this high."
The study (PDF) suggests that prayer may be one of the most widely used forms of medical treatment among Americans, rather than just a "fringe activity," Levin said. However, the study notes that most of those who use prayer for healing do so in conjunction with regular medical care. 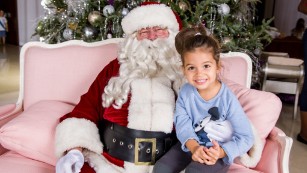 Near deadly holiday flu case for one girl
"Outside of belief in God, healing prayer might be the most ubiquitous religious practice that there is," Levin said. "This might be one of the most prevalent forms of primary care medicine, and I don't say that lightly."
Levin found that almost 80% of Americans have prayed for their own healing, with almost a third saying they do so often. Nearly 90% have prayed for the healing of others, with more than half saying they do so often.
"The numbers are considerably higher than I would have imagined, and it's fascinating to me," he said. "There's this hidden substrate of spirituality in this country, and by asking these questions, it uncovered something always there that was bubbling beneath the surface. This is not a marginal or minor expression. This is pretty ubiquitous."
More than half of people said they have participated in prayer groups to help themselves or others heal from medical problems.
But Levin said he was most surprised that more than a quarter of Americans have practiced "laying on hands," in which a person lays their hands on another to relay spiritual blessings.
"This blew me away," he said. "This is more than just an alternative practice; this is kind of everybody. I think these findings cause us to re-evaluate what is normative and what is marginal. Maybe these practices are as normative as it gets, and to not participate, maybe, is marginal."
What the study didn't examine is whether prayer can actually help people heal.
"We hadn't taken the time to get the most fundamental information about this, like who does this and how often people do this," Levin said. "The results are interesting, but there's still more we could learn."
Join the conversation
See the latest news and share your comments with CNN Health on Facebook andTwitter.
Levin says additional research is needed to analyze particular outcomes, diagnoses and religious groups.
"More questions need to be asked," he said. "I don't think one study should be the first and last word. This study reinforces this idea that there's this subtext of spirituality going on that I think most people, researchers, investigators and psychologists aren't aware of and don't even know is there.
"A lot of people may not be institutionally religious in the same ways they have been, but as far as their own private practices and beliefs, they are still very engaged. It still remains a very spiritually involved country one way or the other."
The survey, conducted by the Gallup Organization, surveyed 1,714 random Americans via telephone and has a margin of error of plus or minus 4 percentage points.